After 2 months on the ground, I finally tracked down a plane I could rent at a great rate and reconnected with my first flight instructor who was able to get me checked out to fly the plane when ever I want. With the instructor along, I thought it would be a great opportunity to bring Sarah for her first flight with me as pilot so I booked the plane and we headed over to the Chandler airport.

The plane is a Cessna 172, almost identical to what I flew in training, so it felt very familiar and all the hours of practice came back quickly. We took off from Chandler and headed south toward the Sacaton Mountains and then turned East toward our community in Anthem. Flying pretty low, we buzzed the house, snapped some pictures and then turned North toward Gateway airport for me to fly a practice approach to help keep up my instrument flying skills.

Having been out of the plane for over two months, I found my flying skills had slightly deteriorated and so had my radio communications. Clearly, I am going to have to keep flying on a semi regular basis so I don’t lose the proficiency I worked so hard to obtain. As such, I think I’ll drag along an instructor for my next few flights so I can build back up my confidence and continuing working on my technique. The highlights of the day were successfully completing the ILS approach with a high measure of accuracy (my first approach ever in a Cessna) and performing two very smooth touch and go landings.

Next week I return to Edmonton and have connected with a new friend who flies out of the Cooking Lake flight school who has lined up flight for us for me to get acquainted with the northern Alberta airspace and hopefully to fly a few more practice approaches.

Below are some pictures Sarah snapped from the backseat of the plane, clearly she was a bit frightened and unfortunely the unstable air made the flight a fair bit bumpier than I had hoped for her intro flight. Next time I take passengers up, I’ll try to make sure the conditions are a bit more favorable for a smoother flight. 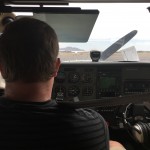 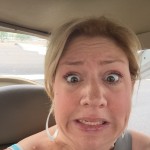 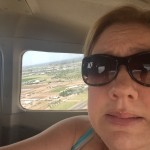 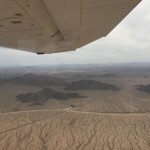 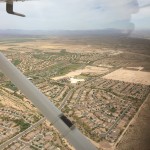 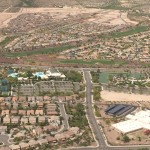