On my most recent trip to Alberta, I was able to connect with a new friend and fellow pilot in training Jason who was able to take me on a fantastic flight through the Edmonton airspace for a tour around the old stomping grounds. Taking off from the quaint little airport at Cooking Lake (CEZ3) we immediately setup for a simulated instrument approach into the Villeneuve (CZVL) airport, a flight that flew us right over downtown Edmonton. Although Jason isn’t yet an instrument rated pilot, I was able to talk him through the ILS approach and setup the instruments to intercept the localizer and ride the glide-slope down to the runway for a quick touch and go landing.

Our departure from Villeneuve took us over the Sturgeon valley on the west edge of Edmonton after which we quickly circled back around for a serpentine flight over the city of Edmonton to take in my favorite key landmarks… the new Rogers Place (future home of the Oilers), Commonwealth Stadium(home of the Eskimos), the North Saskatchewan River, Hawerlak Park, the Katz Family mansion (owner of the Oilers), the University of Alberta, South Commons shopping centre, the Starthcona Refinery Row, Center in the Park, my parents home on Glenwood Drive, Belevedere Golf course, and finally Cooking Lake.

Although Jason flew the entire flight, it was an amazing experience to get back up in the air and especially over my home town. After a smooth east bound visual approach and landing to runway 10, we tied down the plane and the owner of the flight school came out for a quick chat. I asked about the possibility of getting certified as a flight instructor and then teaching part time through the summer and fall and he mentioned it was certainly a possibility and was very encouraged by my high number of multi-engine flight time. Now I just have to get my Canadian Flight medical finalized and complete the transfer of my licenses and ratings which I should be able to do pretty quickly upon our return to Canada this summer. 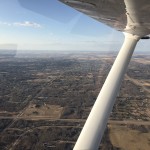 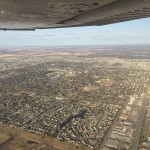 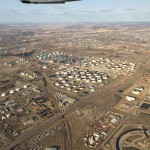 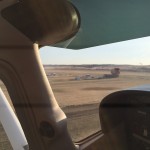 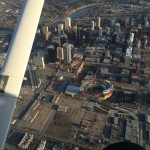 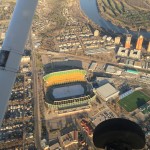 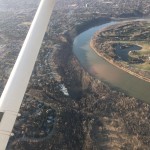 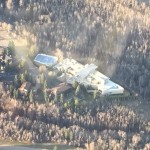 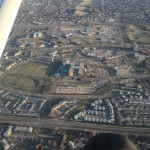 Center in the Park 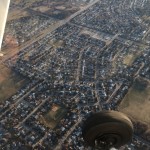 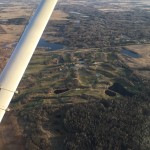 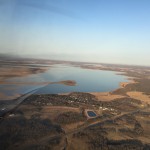 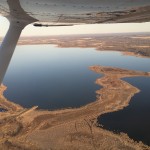