Had another wonderful cross country flight the other day, flying to Yuma and back on an IFR flight plan to practice more IFR navigation and approaches. After filing our flight plan with ATC, we departed and I put on the foggles and started our navigation via GPS way-points to Gila Bend, then up to Buckeye and then Blythe and finally down to Yuma.

Approaching Yuma, we asked for the GPS approach to runway 3L and were granted it, but as we neared, it turned out the airspace was actually quite busy with the restricted military airspace south of the aiport hot and several incoming aircraft. At one point we were told by ATC to decent quite quickly as a pair of C130 jumbo jets were inbound to land at our 9 o’clock (left wing) so we glanced out and saw the planes coming in and approaching fast. We were then vectored (given headings and altitudes) over and around the airport and eventually we were given a circling decent to our initial fix and we resumed our GPS approach to land. With no a cloud in the sky, we were able to clearly see all the happenings around us, but had we been in reduced visibility, we might never have known all the other planes were even around.

I was able to safely land the plane on the massive runway and we had about a 2 mile taxi down the runway, which we were asked to expedite as there were landing fighter jets inbound. So we hustled down the runway at about 70 knots (just barely below take-off speed) and pulled off the runway just as two F15 jets cruised in to land. Glancing over, we had a front row seat to a squadron of Ospreys were making vertical landings on the adjacent runway. Pretty exciting times flying into a active military airport.

Once we got the plane all tucked away at the FBO, we hopped into a complementary van and headed over for to a local taco shop for supper. After a nice dinner, rest and stretch of the legs, we returned and pre-flighted the plane and took -off just as the sun was setting. Filing another IFR flight plane, the reverse of our inbound leg, we climbed to altitude and were treated to a lovely sunset as temperatures dropped and the skies cooled giving us a smooth flight home. Approaching Gateway, we asked for and received ATC permissions for the ILS (instrument landing system) approach and I was able to get a good practice using the instruments alone to get us down to a mere 200 ft off the runway and then another smooth touchdown. Night flying really has its perks in seeing the amazingly efficient airport lights and in being able to practice instrument approaches without the hassle of the foggles.

Tonight we are booked for another night flight so I’ll be practicing more instrument flying and hopefully some approaches at a few local airports including the VOR at Coolidge and the GPS Coolidge and a few more ILS tries at Gateway.

Photo Gallery (not my pics, but these are the aircraft we saw) 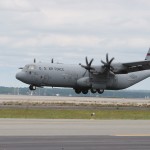 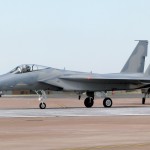 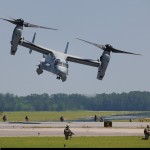