To Page for BBQ lunch via Grand Canyon

Today marked my last Cessna training flight for about 3 months as I transition to the Piper Seminole twin engine aircraft starting Wednesday. Our flight took us over Phx Sky Harbor airport and then up north via Prescott, then Grand Canyon Village and then directly over top of the Grand Canyon itself. Flying at an altitude of 12,000 the views were amazing.

I started the flight flying under simulated meteorological conditions again flying under the guidance of an IFR flight plan with air traffic control and only instruments guiding the way. Back in conventional instruments I started to get very comfortable with my instrument scanning techniques and thankfully found the flying to be less taxing than previous flights.

Approaching the Grand Canyon I took off the foggles and enjoyed the views and snapped many pictures of the unique opportunity. When we were about half way over the canyon we discussed that if we had an engine failure, our only option would be the Colorado River at the bottom of the canyon – not much of an option!

We then made our approach into the Page airport and I was able to land on the runway which ended with a sizable cliff down to Lake Powell. Not wanting to make any mistakes I performed a short field landing which was probably a bit more abrupt than it could have been but we stopped safely and taxied a bit blind to the FBO as neither my instructor nor I had ever been to the airport before.

After requesting a top up of fuel, we were able to take a crew car into town and I gave my instructor the 10 min tour of Page and ended up at the same BBQ joint at Sarah and I enjoyed a few months ago. The meal was great we were able to chat about my next cross country adventures, coming in a few months, where I will be partnering with another student to traverse the country from west to east on a 50 hour journey to new airports and along new courses. Apparently it is the highlight of the training experience and one I will now start dreaming of as inspiration for a pretty grueling training schedule through multi engine and then instrument training.

Our route home took us over Prescott valley, then across to Fountain Hills, to Saguaro Lake, Canyon Lake, along side the majestic Superstition Mountains, and finally directly over mom and dad’s trailer in Apache Junction. We had requested an Instrument Landing System (ILS) approach so I threw the foggles back on and flew the last 10 miles on instruments right down to 1000 ft above the runway, taking them off just in time to simulate coming out of the clouds and preparing for a visual final approach and landing. It was a pretty surel experience that is going to need a bunch more practice as all our typical visual landing clues have been taken away and we are relying on our instruments.

Tomorrow will be a rest day and time to start studying up on the new plane and then Wednesday I’ll be meeting my instructor in a Seminole simulator for an introduction to the plane and new systems.

Just a few of the many photos snapped today en-route… 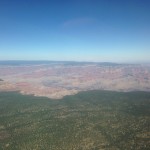 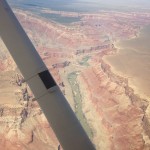 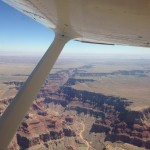 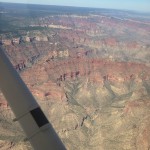 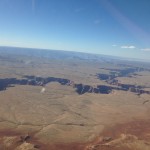 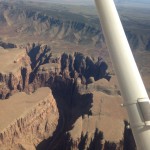 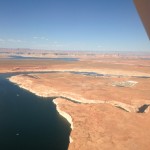 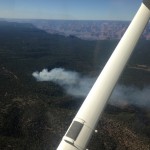 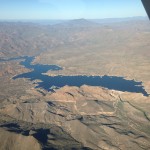 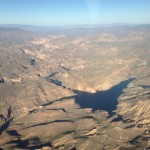 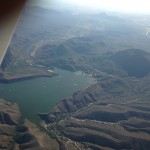 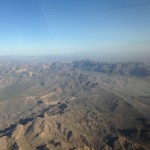