Up Where I Belong!

Finally connected with my buddy Jason and we got our sunset flight in tonight! Been planning this sucker for a few months now and it lives up to the hype.

We climbed into the old C172, a full 6 months since my last Cessna flight. I’ll admit I was a bit nervous right off the hop, but once I pulled out the checklist and started her up, it all came back like it was yesterday.

Since it has been over 60 days since I have last flown tonight’s flight will be a proficiency check flight of sorts to get me back current so I can continue renting and building time.

We took off out of Cooking Lake just as the sun was setting in a blaze of color, what a sight! We got on with Edm Terminal ATC and requested a simulated ILS into Villeneuve which was granted so we loaded up the approach and flew pretty much right over downtown Edmonton.

Tonight it was back to hand flying the approach which brought back many memories and I adapted well. Finally looking up at minimums, I saw the runway lights into CZVL clearly laid out in front of me. On short final I gave myself a little pep talk and flew the approach and landing smooth as silk. After quickly flipping the flaps up, I pushed full power and we took off in a touch and go and climbed to depart the circuit.

We then decided to fly inbound to the YEG vortac again honing the IFR skills and I got a great view of the CYEG international airport. The runways were nicely lit up and we saw several departures and arrivals all around us.

The last leg of the flight saw us head direct back to Cooking Lake and I flew a typical circuit and another smooth landing, one one catch, I forgot that landing light!  No wonder I had troubles picking out the centerline as we touched down.

All in all it was an excellent flight to build up my courage heading into the SIM sessions later this month and just being back up in the air was a breath of fresh air. Having Jason along to guide the flight was a big help and I am proud to say he is becoming a great instructor!

PS. I passed the proficiency check! 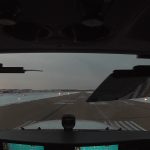 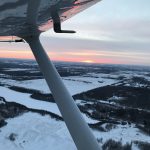 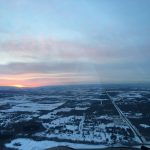 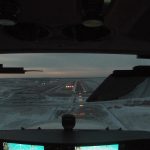 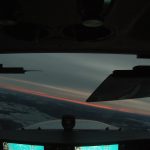 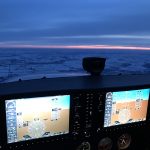 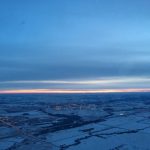 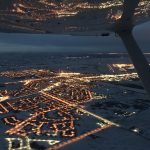 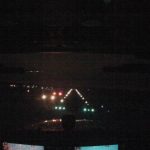