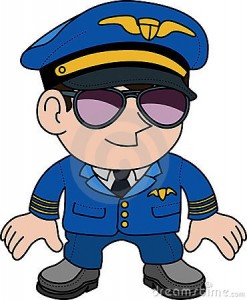 It’s official, I am now a commercially rated pilot! Almost one full year to the day after being accepted into the program and about 8 month after my first training flight, what a journey it has been! Full of many many ups and downs – quite literally in fact. With a total time of over 255 hrs, I am excited and proud to say I am immediately looking at career opportunities flying for a small charter company.

Although technically, in the USA, I am only rated to fly twin engine aircraft for hire, I should be spreading that out a bit broader with one more short round of training and one more check-ride for my single engine rating next week. Despite not being a separate rating in Canada, I have decided to invest in the additional Cessna training with the mindset that I might still be an instructor one day and the additional hours and instructor time is always worth it. Besides, I am really enjoying flying with my new instructor.

I guess the adrenaline must still be flowing because despite the exhausting, grueling day, my mind is still buzzing with the excitement of this accomplishment. So I might as well delve into a bit more detail on today’s events for posterity.

Sunday morning, I received a call asking if I could be available Tuesday morning for my re-check ride, so I cleared my calendar and hit the books hard a few more times to get myself ramped back up. With the exam scheduled for 10 am, I drove Jake to school and headed over to Starbucks for some last minute prep and a nice coffee to start the day – don’t worry, it is decaf only check-ride days! By 9 am I was starting to get a bit antsy so I packed up and headed over to the airport and got myself settled into the exam room and took a walk out to the plane. The ramp walk to the plane is always an exciting and relaxing time just being able to be so close to the world of aviation. Not finding the airplane maintenance log in the plane, I returned to the hanger and quickly learned that the examiner and plane had been double booked and that my exam wouldn’t be starting until MUCH later. Not what I wanted to hear after working so hard to get physc’d up for the day. So I found my instructor and chatted it over with him and I resigned myself to the late start and took myself over to the local pizza shop for an early lunch since I would need the food for stamina to get me through the day.

Returning back to the airport, I settled back into the exam room and decided to close the door, put the books away, throw on some classical music and just zone out for a while. Actually nodding off for a few minutes, I found myself pretty refreshed and ready to go. The examiner got back from his first ride and the student passed so I figured things were looking up. After a few pleasantries and some chat through the lessons learned during last week’s initial exam, the examiner tossed me a few easy pitches with pretty straightforward questions and scenarios and I nailed them. We then worked through a few more challenging ones and despite not knowing the all exact answers he was looking for, I remained calm and researched the solutions and wrapped up the oral portion of the exam smoothly.

Feeling pretty good, we headed out to the plane and I preflighted while we waited on gas and answered a few of the examiner’s questions and we casually chatted. Once fueled and ready to go, I pulled out my flight plan and took charge of the flight and completed the start-up, taxi and run-up like a seasoned pro and performed a perfect take-off. Quickly settling into the zone of the pilot, I handled the departure perfect and about 10 mins into the flight, the examiner commented that he thought this was going to be a good flight. Apparently examiners have a 6th sense that if the first few mins of the flight go really smoothly the rest will as well. I was silently hoping that wasn’t going to turn into a Murphy’s law moment!

Not long into the flight, the examiner failed one of the engines and I rolled through the procedures with confidence and a sense of calm… Having already learned the hard way that an engine failure in a twin aircraft isn’t anything to panic over. We then ran right into flight maneuvers and I performed those to standards but after each, the examiner took the controls and demonstrated a better technique and I really appreciated the tips he shared. A good pilot is always learning!

Returning to the airport, the examiner told me we would be performing the required landings and approaches back at Gateway, a big relief as that’s home field advantage for me. With the first approach and landing exactly as planned, we took off and I again received a simulated engine failure and again didn’t panic, but stuck to the checklist and continued the flight with my foggles on for my final approach, an ILS precision approach. While on the approach, tower asked if we could break off the approach early and sidestep over to an adjacent runway because of incoming traffic and the examiner accepted the request. Instantly, I knew in my heart, that I had successfully demonstrated the maneuver and without completely messing up the landing, I knew I had passed! Landing was very smooth by the way!

Once back on the ground, the examiner took the controls and gave me a much needed break as we taxied up to the terminal. It was a great feeling of accomplishment after a hard fought battle. Obviously this was the most challenging check-ride I have ever had and looking back, I am glad I ended up with this examiner because I certainly did learn a ton!

Tomorrow is a much needed day off from flying and back to the computer, but I should be back in the plane Thursday evening for only my second Cessna flight in 6 months! Let’s hope it keeps coming back as smoothly as it did during our landings practice.