Just returned from a 5 hr cross country flight to and from Yuma, AZ flying the entire route via instruments on an IFR (instrument flight rules) flight plan. Basically we get on with Air Traffic Control (ATC) right before take-off and request a route based on our desired flight plan then follow that flight plan all the way to the destination airport. While on route the controllers give us altitudes and vectors (directions) to fly to keep us safe from other plane traffic and to optimize our route and we get handed off to new controllers along the way.

Although today the skies were clear, because we were on instruments, we could have conducted the entire flight in clouds simply following the GPS flight plan, our VOR check points and the ATC instructions. I even got to practice a simulated ILS (Instrument Landing System) landing meaning we follow the instruments down to an altitude of about 400 ft (yes, that’s 400 ft!) above the runway. Then at that point we would have to decide if the weather conditions would permit us to make a safe landing or to go around and try again. Eventually I’ll be doing the same thing with foggles on which will simulate flying “blind” and it will be interesting to see how freaky that is.

Arriving at Yuma, we were cleared to land on the longest runway in Arizona, 13,300 ft, of which our little Cessna only needed about 1200 ft. Yuma is a joint military and civilian airport that is used by the biggest planes in the US Air Force. Shortly after landing we were treated to a harrier jet performing a vertical takeoff! 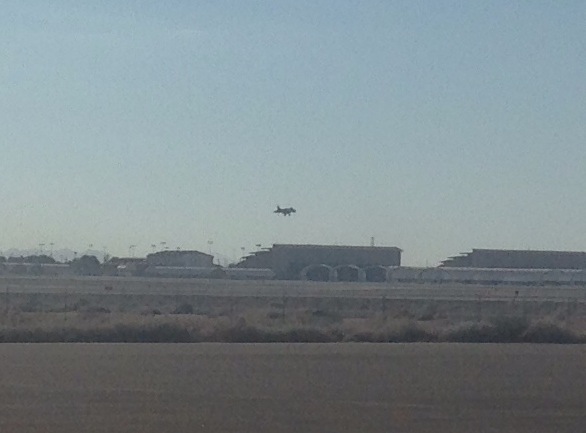 Today was also my first flight with my new instructor Greg, who was fantastic, very patient and helpful. I think I am going to really enjoy flying with him. There was so much new on today’s flight and he walked and talked me through everything so I was able to take it in and immediately start understanding. I am really hoping to take a new attitude into this next round of training, helping to bring back the “love of flying” feeling. It turns out that he is also a morning person so we are going to keep booking the early flights and enjoying the smooth air and quieter skies – much to my delight.

Tomorrow we’ll continue our cross country instrument flights, although as of right now we haven’t been given our destination by flight-ops – who arrange all the flights. We are hoping for a flight to California or Nevada to see some new sights.

A few other pics of today’s journey… 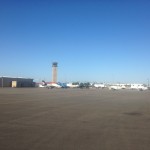 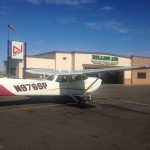 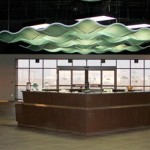