Well, although still not quite a private pilot, I did accomplish yet another crucial step today, by passing the oral (knowledge) portion of the FAA’s Private Pilot Single Engine (PPSE) examination (check-ride). Unfortunately, when it came time to review today’s weather, we collectively decided that the current conditions didn’t meet safe minimums for the check-ride flight. While others were venturing out, I felt it was more prudent to err on the side of caution. It also help that another examiner was standing right beside us recounting his flight up from Nogales during which he had to fly through and around some pretty significant weather. So now I sit and wait until Saturday, the next time the examiner can continue the flight. I did check with my instructor and we are hoping to sneak in a refresher flight on Thursday so I don’t have to go almost a full week between flights.

And now for a quick review of the oral exam itself…

My examiner is a wonderful older chap who spent several minutes just chatting with me outlining the structure of the exam and the overall intent. It was great, the conversation helped me to relax and to get to know his personality style and how to best dialogue with him.

He asked me to start telling him about the airworthiness of the plane we will be flying today and so I told him about the PAVE checklist mind-map I had created during my study. 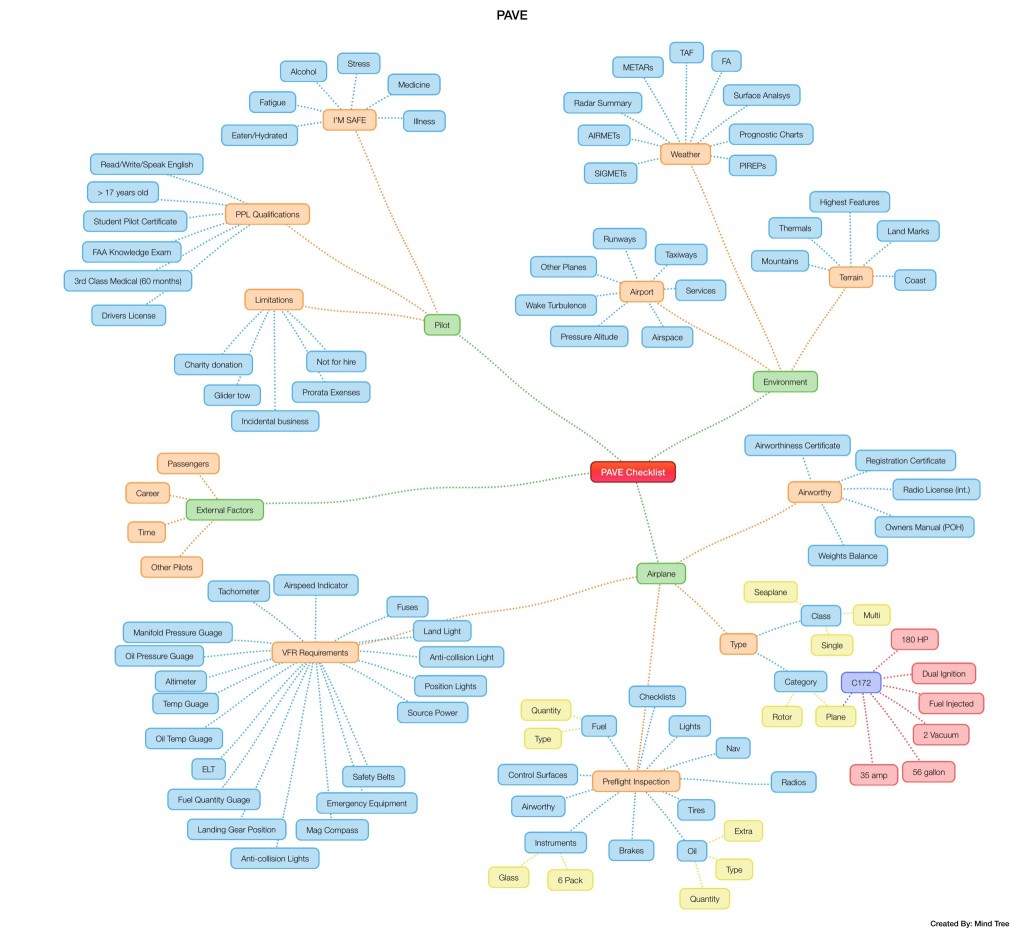 Full of confidence, I pulled out a color printed copy to guide my presentation and ran through each of the areas filling in gaps with the other documents I had prepared for weight & balance, airworthiness documentation, VRF equipment requirements, and the aircraft maintenance logs. I then touched on the plane itself and talked about the Cessna, its systems (fuel, ignition, electrical) and then walked him through the preflight inspection highlighting key areas like landing gear, control surfaces, etc.

I then talked about me as pilot and my airworthiness with my qualifications, private pilot limitations, documents I need to have with me, and my physical and mental fitness. He liked how I wove it all together. I told him some lessons I learn about myself and my need to stay hydrated during stressful flight and my new found aversions to caffeine before flights and avoiding alcohol all together even a couple days before flight.

Then he asked me to talk about weather but I told him I would rather first talk about the cross-country navigation log and my route (to Bisbee Douglas) which helped me decide which weather to survey and the airpaces I would be entering. When preparing for this check-ride I learned that the airport he selected was actually closed for the next few days including all runways and taxiways. However, he liked that I had the backup plan for using the Bisbee Muni (a nearby airport) and chuckled with my idea of renting a car to get him all the way to Bisbee Douglas. He also liked that I had investigated the Tombstone MOA and that I learned about the kinds of air traffic through that airspace.

Then we talked about my waypoints and the use of the victor airways (designated highways in the sky) and he did a quick teaching moment about the altitudes for receiving the VOR signals and what to do if we lost contact with the radial. I talked about my backup of the VFR points along the route and he loved that. I then expanded the “environment” part of the pave checklist to talk about terrain, known landmarks en route and pulled out the sectional and talked about the airspaces that we would be flying through. He did almost stump me on the airspaces needing Mode C – to which I quickly rattled off Alpha, Bravo, Charlie and than he said and… and I brain farted and had to pull out the AIM and slapped my head when I looked up > 10,000 ft.

I then pulled out the weather printouts and walked him through each of those and I think he was impressed at my thoroughness and again how I rolled that into the discussion of terrain with mountain obscuration along the route.

Once I finished my diatribe, he asked a few questions about stalls, spins, and slow flight and I again wove those all together in reference to the various stages of flight in which they can occur. About the only area that I had to have him give me a tip on was why the “forward elevator” as part of the PARE spin recovery. I knew that it was to angle the nose down, but it never really dawned on my why we do that until he brought me back to what I had previously talked about for the Angle of Attack and then bingo, I was able to say that the forward elevator movement reduces the angle of attack into the relative wind, which is straight up, with the plane going straight down.

Then came the scenario question which turned out to be, “what to do when we notice we have normal oil temp, but high oil pressure”. I talked about what I knew about high oil temp and engine temp how to handle those incidences, then I asked for a few minutes while I stumbled around looking for something in the Pilots Handbook of Aeronautical Knowledge (PHAK) and probably went white as a ghost not finding the obvious answer and then he told me to just sit back and think about it. So we walked through the situation and I said, that the high oil pressure, but low oil temp jumps out at me as an anomaly and that I would probably have to question the oil pressure instrument and again he said bingo! And I was like you sneaky guy, you trapped me in my own tendency to over think. Basically what he was helping me get my head around was when all else isn’t providing the correct answer or obvious response, start looking into the not so obvious places and an instrument could certainly fail. This jogged my memory to my previous instrument failure flight – a pilot must be prepared for anything.

We finished off the session chatting about his engine out experience and landing in an urban area on a street at night. He recounted that the entire experience lasted 3 mins from engine out to plane on ground sliding through stoplight, and clearly it was a defining moment in his flight career and he joked that he caught Murphy sleeping that night.

Overall, it was a great experience and I am sure glad I had my mind map document (which the examiner actually asked for a copy of!) as it really helped give me clarity in the concepts and being able to demonstrate what I knew. We meet up next on Saturday morning at 6 AM for a quick flight to run through maneuvers and some emergency situations and of course landings. 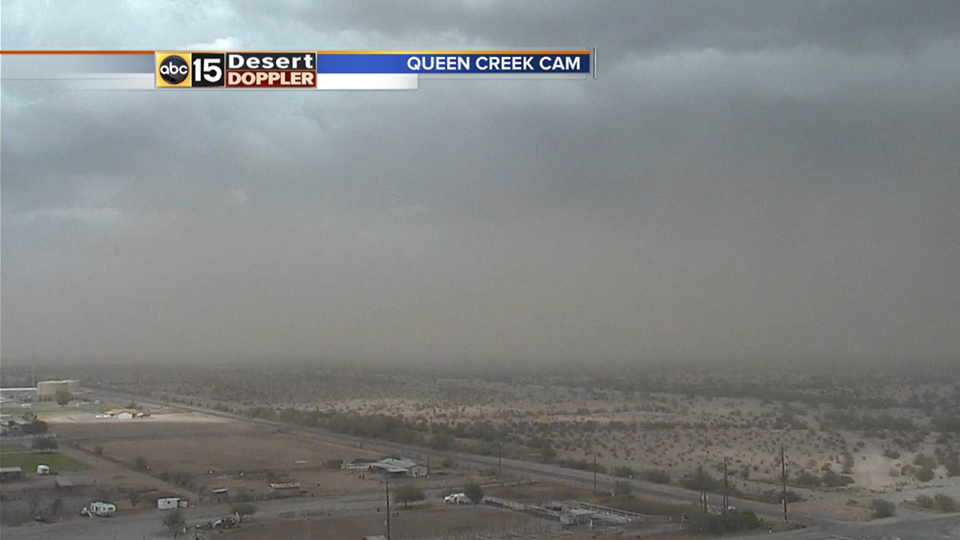