Today, we started the day off with a thorough review of the maneuver profiles and SOPs at breakfast and then we took a break and I decided to take a walk in the sun to get some fresh air. I decided to Uber my way down toward the beach and found a nice cafe along the way. Flashing back to my training flight out this way a few years ago, I found the same taco shop and pier that my instructor Ryan brought me to. It was great to feel the fresh sea breeze and sit in the sun enjoying the coffee.

We decided to head over to the training center about an hour early today so we could further review the SOPs and specifically the precision approaches both ILS and PMA (pilot monitored approach). After a while, it felt like we were finally starting to get a hang of it, although there still appears to be some ambiguities that we’ll need to get sorted eventually.

Once in the sim, my captain flew the first flight and I found I am still struggling with the SOPs for the takeoff and as PM (pilot monitoring), it is my job to make the majority of the call-outs and without them, its hard for the captain to configure the aircraft. Once at altitude, we were presented with a high altitude engine failure and that turned into quite the gong show, as my captain struggled to gain control of the aircraft while he struggled with the memory items for the checklist. Eventually he got it sorted out and I read the emergency checks and we eventually got the engine fired back up, though we did have to do the drift-down unable to maintain the flight at FL 270. We then ran right into Pilot Monitored Approaches and flew a few of those into a missed approach, which also was pretty weak the first few times.

After a short break and a snack, we climbed back into the plane for my flight. Going right into a normal take-off, I climbed up to the practice area and ran right into steep turns. Having spent a bit of time talking with my captain about my struggles with the attitude indicator and making a plan for success in the maneuver, I started the turn and immediately I found the turns going better and after a few more times, it felt like I finally had a good handle on them focusing on the dot to the line and hand-flying the entire turn to get a better feel for the control pressures.

We then climbed up to FL 270 and it was my turn for an engine failure and despite being able to get the aircraft under control with rudder and control inputs, I fumbled with the memory items and take extra long getting the engine secured. Once secured, we started the drift-down and we again ran the restart and it fired up and we completed the maneuver. I was then cleared for an approach so we started the descent and briefed the ILS approach and the missed.

Flying the first approach, I got to the DA (decision altitude) and had no contact on the runway so I started the missed approach and found it very challenging to get a good handle on the aircraft with so much power in while trying to follow a very complicated missed approach procedure. After 3 more tries and really briefing the full procedure and the control inputs, I finally started to get the hang of it.

The last approach resulted in a visual descent and landing which took a couple tried to get right as we had a descent cross wind component that needed corrections, which were a bit awkward at first. One one of the approaches, I had to perform the last 1000 ft without any autopilot so it was back to the classic instruments, which I found not too bad, especially with help from my captain and his flight director.

We wrapped up the night with a briefing with our instructor who made it clear that he was very pleased with my progress and we celebrated my steep turns and finally nailing the missed approaches.

Once back at the airport, my captain and I were both pretty frustrated with our lack of experience with the SOPs so we took some time to carefully review those again and it sure feels like we’ll have to do so several times a day until the actions become rote. 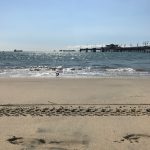 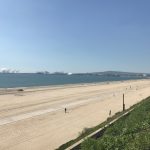 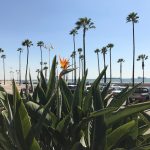 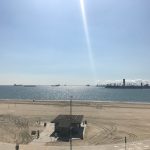 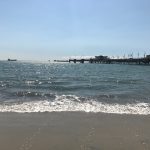 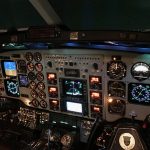