Well its official, I am now employed by a small charter airline, North Cariboo Air, however actually flying the planes is still a long way off. After extensive research into the aviation industry in Alberta and Canada as a whole, it became blatantly clear that the only way to actually get into the pilot’s seats is via some other position in the company – thus I am now a part-time casual Passenger Screening Agent (PSA). My current shifts are two afternoons per week however, I am told that will probably drop down to only one afternoon per week in by the end of July.

You see as the base manager so eloquently put it during my interview, becoming a pilot in Alberta depends entirely on the price of oil. When the price of oil is high, lots of oil and exploration companies are chartering small companies like Cariboo, flying employees all across northern Alberta and when the price of oil is low, flights are few and far between. So, until the price of oil starts to move and stay quite a bit higher than it is, I am stuck screening passengers through the security gates and watching all the planes and pilots come and go.

Having now had 3 shifts of this work, I have come to a whole new level of understanding for the Transport Safety Association (TSA) screeners at the big airports and I’ll remember to be very patient and compliant the next time I travel through. Because it does get pretty tiring reciting over and over again – do you have any drugs, alcohol, weapons, pills, including prescriptions medications, vitamins, supplements, etc in your luggage. And carefully screening ALL the bags (carry-on and checked) through a single x-ray machine. Thankfully on the busier days, we do have three of us PSA working the line so we can expedite the passengers through.

And when the lines die down I get to casually peek out the window at the planes on the ramps and when times are really slow we can wander around the planes in the hangar, enjoying the dreams that form in the mind before having to return to the scanning line. I have also been told that quite often the jump seat is open in the flights and with permission, any employee can hop a flight to get a first hand look at the life we are constantly dreaming about – speaking of which, I need to contact my manager to schedule one of these while the flights are still pretty empty.

The way forward from here is via the low-time pilot program, where I get to routinely submit my flight experience (hours, ratings, etc) to the company and as soon as my seniority and hours meet the demands of any open positions, I will get the call to “move up to the big leagues”. When the call comes, I’ll likely be first sent to training on either the Beechcraft King Air 200 or the Beech 1900 where I’ll be immersed in an intense training regime flying full motion simulators until I obtain my type rating. Then its off to the flight line where I wait for my first assignment and my first actual flight – with passengers!

So while not quite the airline job I immediately hoped for, because the aviation world is so small, I am making some great connections working along side veteran pilots and fellow aviation enthusiast and putting in my time and effort to further my dreams. 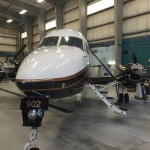 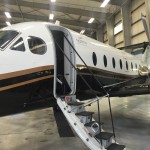 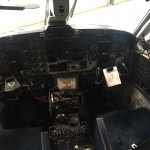