So it’s finally official, I am now an multi-engine instrument rated private pilot! 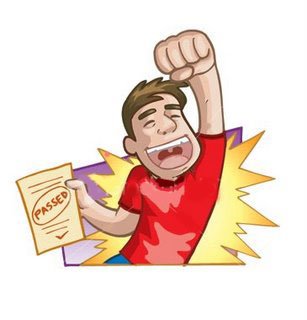 Despite a very early wake up call for my 7 AM check ride, I was refreshed and ready to go and once the paperwork was squared away, the examiner pass me his phone and said prepare for this approach, one I had actually never flown! But as an instrument pilot, it doesn’t matter what the approach is, we have the skills to interpret the approach plate, plane the flight and execute it all safely.

While I was reading over the approach plate, he then said, sorry, but it looks like we won’t be able to do that one, so let’s fly to Chandler and do our approach there. Yikes, another shake-up, why must he do that! So flip over to new plate and at least this one, I had seen before in a few sim sessions – its not too bad and we’ll be on with approach ATC and then the Chandler tower so this should be pretty smooth.

We then load up in the plane and take off into the rising sun and immediately start our DME arc, which was the one procedure that I wasn’t tested on during Monday’s flight. After a few quick turns in the arc, the examiner calls up Phoenix Approach and we get cleared for the approach into Chandler. Knowing the engine failure was coming, I tried to take a few seconds to relax and then the examiner said, its time to lose the engine. This time, I took my deep breath and followed the checklist memory items and the rest of the checklist without issue and started the approach – two items down, two to go.

At Chandler, during the day when the airspace is busy, the tower amends ours approach clearance and gives us a new minimum altitude which keeps us well above the field and makes the approach that much easier. Flying the approach with the single engine was a bit tricky and my leg started to do the hippy hippy shake shake but I held it solid. Reaching the missed approach point, we immediately go missed and request a short VFR flight over to Gateway which will act as our circle to land – three down, one to go.

Still flying with only a single engine, my leg really starts to burn, but I push through and enter the traffic pattern and perform the landing flawlessly and as soon as we touch down, I release my breath. A quick taxi back to the ramp and once parked the examiner reaches over and shakes my hand and say he will run in to finalize the paperwork to issue me my instrument rating – the hardest FAA rating to obtain!

Finally, hours and hours of flight and study have turned into the exciting moment and is really true, instrument training and flying makes you a better pilot.

My next phase is a quick two day course on crew flying where I learn how to fly the plane with another pilot assisting with checklists and dual operation and even flying, landing and taking off from the right seat! Then with a sign off from my instructor, I am cleared to join up with another student at my training phase and we head out on 40 hrs of time building flights across the southern US – an exciting adventure I am very anxious for.