Well that was quite the day… Started off with a fail on my flight exam with the unsuccessful execution of a simulated engine failure approach… Then on a re-training flight tonight we had an actual engine failure and had to do an emergency night landing into Casa Grande airport. But the instructor and I tackled it as a team and brought it down safely relying on all our training.

Despite all my preparation, unfortunately the stress of the check-ride flight got to me this morning and I failed my exam on a procedure I have completed successfully many times before. Flying in a relatively new area with a high congestion of other trainer aircraft, I found myself a fair bit out of my comfort zone shortly after the exam started. A place I feared I would end up as our training company policy is to avoid this particular area, so it was pretty much a totally new experience and during a very stressful flight. Buckling down I started the instrument approaches and flew the first one quite well and flew the second one equally well right up to the last minute when I made a small blunder going missed on the approach before arriving at the missed approach point. Relatively a small hiccup that really had no negative consequences other than not giving myself the best chance to land and thus unsatisfactorily completing the procedure.

With the exam instantly failed, I asked the examiner if we could continue and try the last approach on the list, hoping to minimize the flight on the re-check ride. Setting up for the approach I was really feeling the stress build and then the examiner failed my engine to simulate a single engine approach. I started to work on the fix but made a critical error of not verifying the failed engine. So, in relative panic mode, I then proceeded to shut down the wrong engine, my GOOD engine. Instantly realizing what I did, I quickly recovered the engine and the examiner said we better just head back to Gateway and recuperate.

With a few minutes to hang my head in shame and collect myself, I then asked for the controls and flew flawlessly back to the airport while we spent the remainder of the flight talking about the important lesson I just learned. The examiner pointed out that despite him failing the engine in a slightly different manner that we always train, the pilot needs to be ready for anything and to stick to the checklist.

After a quick debrief back at the airport, we agreed, I would fly a quick re-training flight tonight to work out the kinks with my instructor and then I would re-test tomorrow with the examiner.

After the entire afternoon to detox from the failure, I went into the evening re-train flight with optimism knowing I was ready to tackle the stress demons and nail the approaches. After flying the first approach marginally, I said I wanted to redo it to nail it once and for all. Shortly after stating the approach, the instructor failed the engine and this time I took a few deep breaths and performed the fix perfectly, however as the instructor was brining the engine back alive, it started to cough and sputter and quickly failed completely – FOR REAL! The instructor immediately took the controls and told me to get the emergency checklist ready and I carefully walked him through the steps and we brought the plane safely to the ground in Casa Grande as all the training and adrenaline really kicked in. Landing perfectly we pulled the plane off the runway and called for backup, with Sarah making the drive over to retrieve us while the instructor started filing the event with flight operations.

With finally a chance to catch our breath we gave each other a high five and started our long walk to the airport gate which we actually had to call the airport manager to get a code to leave the fenced area. A long and peaceful car ride back to the Gateway airport was filled with what if scenarios as we replayed the event over in our minds – both agreeing that we did everything we could to get the plane on the ground as safely and efficiently and possible.

Tomorrow we’ll debrief with the training centre manager and the mechanics and we’ll make plans for completing retraining flight and ultimately the re-check ride.

As they say… In aviation the take offs are voluntary however the landings are required. And tonight I was very glad for the training and the safe landing, the Big Picture!

– Statistics show that 99% of pilots will never experience and engine failure in flight so I guess I am to count myself lucky that I got the real-life experience that so few are able to get. 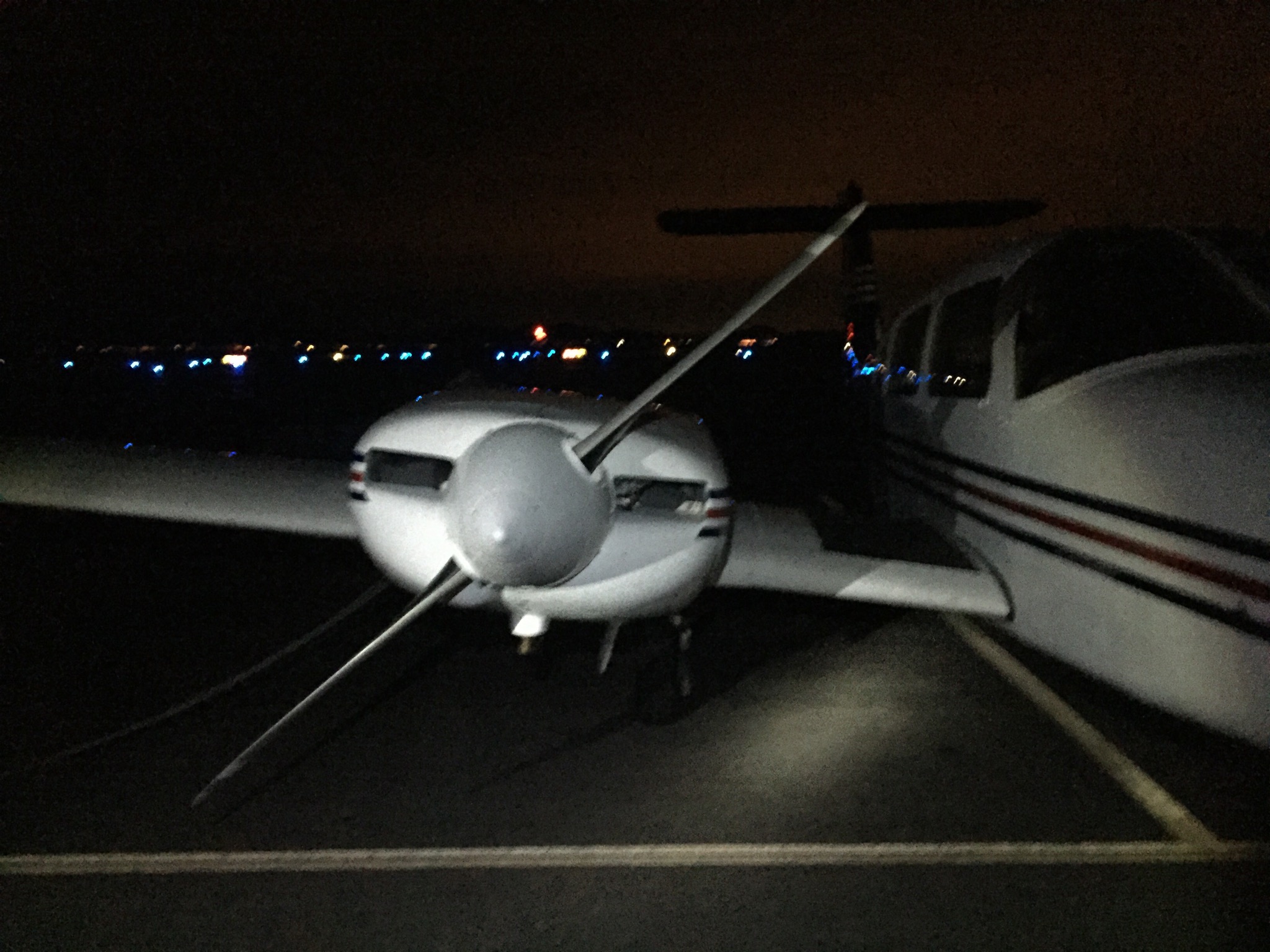 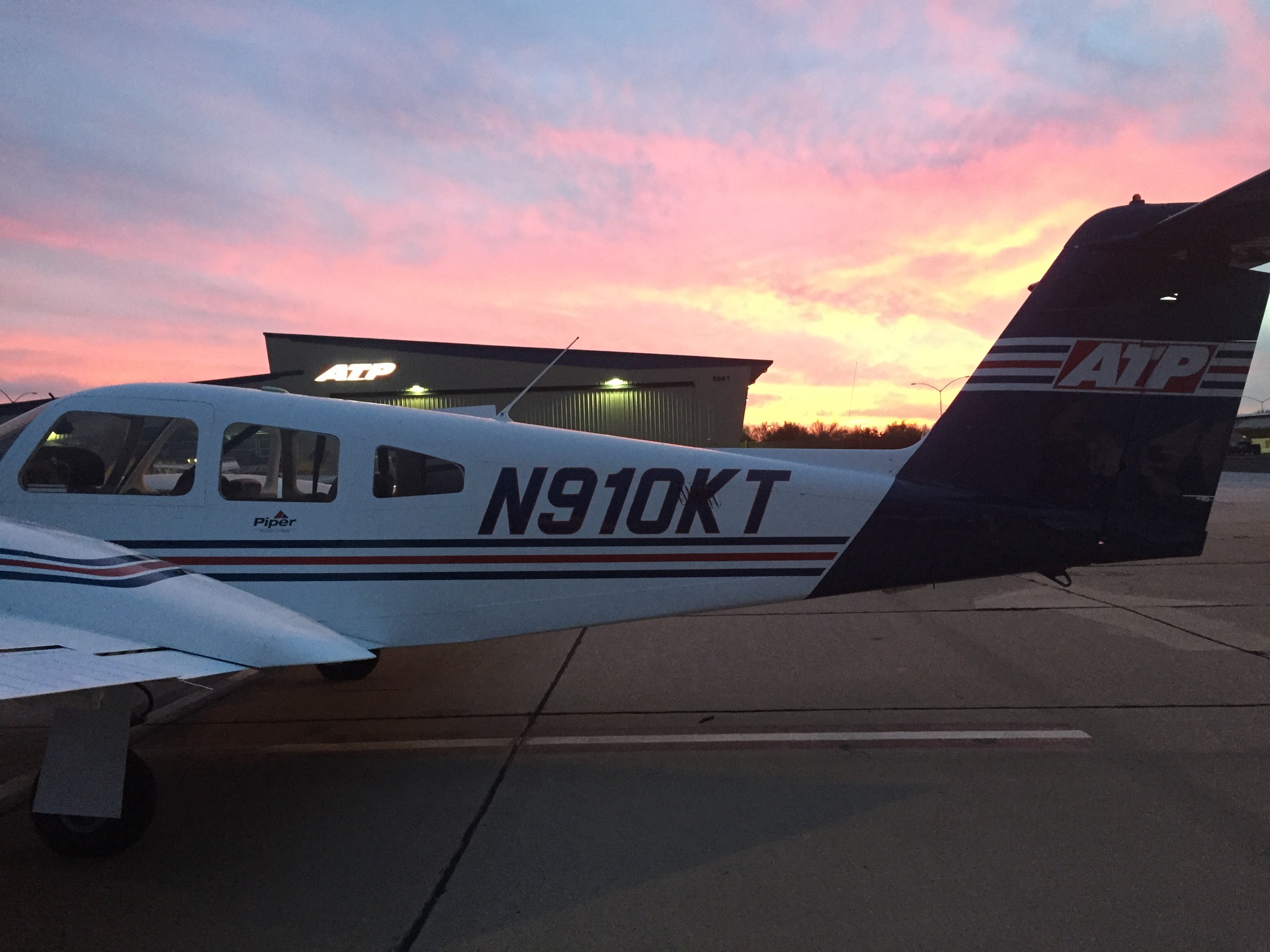