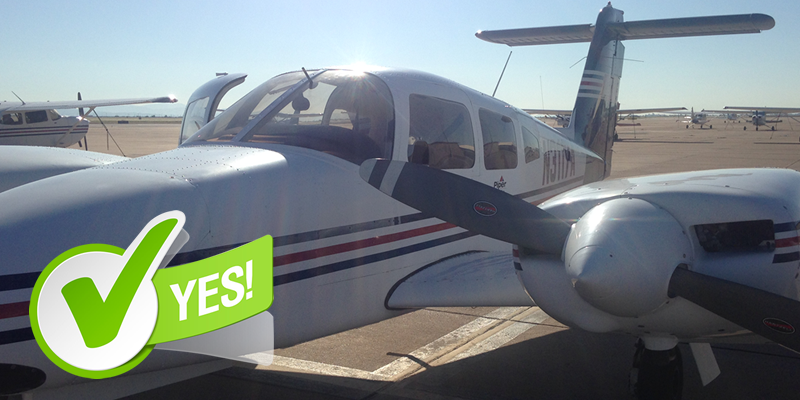 It’s official, I am now an officially FAA licensed multi-engine pilot! As they say, second time was a charm, and thankfully that held true for me today.

Despite being a fair bit nervous going into today’s recheck, I was able to answer all the oral questions throughly and successfully and I think the examiner was very pleased with my responses. We then chatted casually about multi-engine flying and safety considerations and I learned a few key points that I’ll hold with me throughout my flying career.

After a quick glance at the weather charts, we loaded up into the very HOT plane and headed out for the flight portion. Quickly climbing to 7500 feet the temps cooled to about 20 C and I started the maneuvers and although the first few were a bit shaky I settled in and nailed the rest, including several engine failures which I was able to handle very well.

We then headed back to the airport and I had to complete three landings and takeoffs, and a few more engine failures which went pretty smoothly despite having to catch myself on final without gear down. But thankfully our three separate landing checklists have us checking the gear each time and I was able to get the gear down and landing smoothly even without an engine.

This weekend, I’ll be celebrating and resting up in preparation to start my instrument training on Monday, which is looking to be about 6 weeks of fairly intense simulator sessions and flights.

One more step towards the big goal!