So I have pretty much got the hang of flying, landing however is a different story. I am now up over 30 landings and still struggling for the feel and it’s getting a bit frustrating.

Intellectually it’s really pretty ironic that this whole fear of not dying is winning out and forcing me to make poor judgement calls during the landing that could make dying that much more of a possibility. According to the prescribed landing plan, the idea is to fly the plane into the runway and “round out” just above the runway (10-20 ft) and then glide the plane along the runway until it settles down on the main landing gear and then eventually the nose gear.

Pretty simple really, until you realize that you are pointed at the runway at 130 km/h and it’s getting closer and closer and between you and the runway is this whirling propeller ready to snap off if you come down too steep. So, at that point your hands sweat and your brain tells your body to try to make corrections so you don’t die and yet those same corrections come back to haunt you as you round out too early and bleed off the airspeed and instead fall out of the sky at 50 ft and smack down on all three landing gear at one time – thud.

So after several attempts and failures the instructor suggests a short field runway landing (full flaps and a steeper descent) which sounds even more scary however, crazy thing is that it felt much better and I finally got better at rounding out at the right height and the last landing of the day was the best yet!

So progress is being made but what an art this concept of landing is. Next time you are in an airliner and the pilots greases out a smooth landing in windy conditions, give him a nod leaving the plane he has earned it!

Onward and up, or I guess in this case, onward and downward – smoothly. 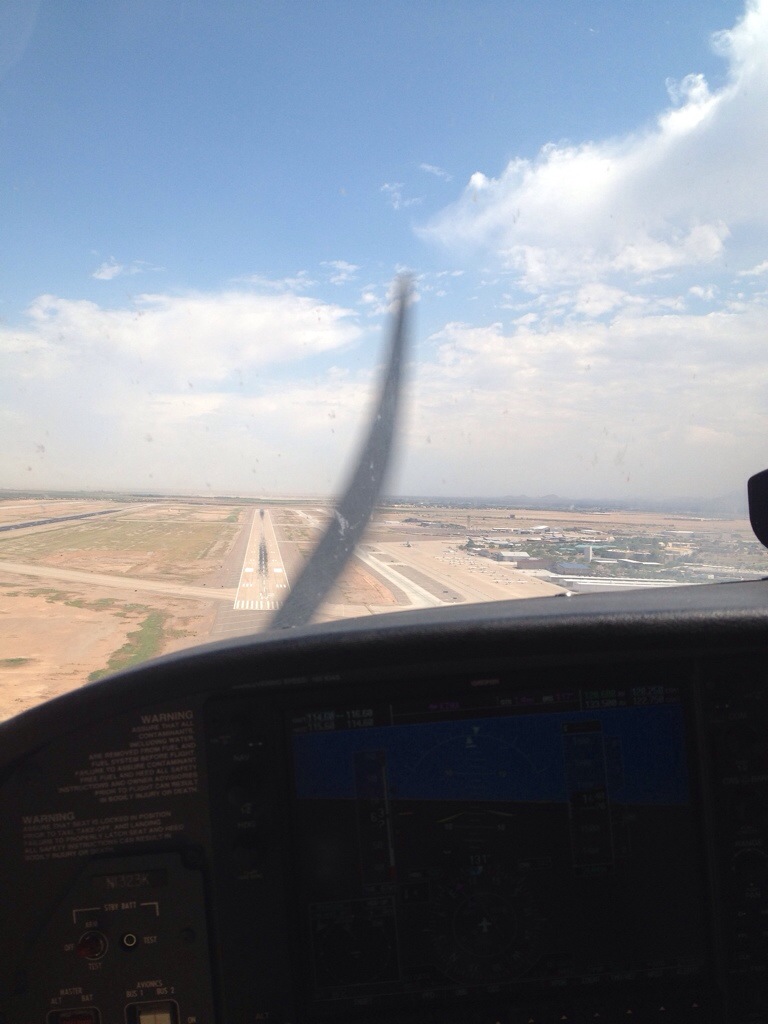