Couldn’t sleep much, late to bed and busy mind and fearing missing the alarm. Think I only managed about a couple hours but decided to get up and eat an early breakfast to prevent any nausea.

Met Logan at the training center at 4:30 am and got setup in our plane doing a preflight mostly in the dark.

Learned checklist procedures – so many checklists! Learned to work the coms the new headset worked really well. Proceeded to run up area and throttled up to 1800 rpm with brakes applied – felt the power of the prop.

Logan taxied us over to the runway and had me do the takeoff – so many controls to coordinate. First take off was pretty sketchy.

Then proceeded to the training area, south east of Johnson Ranch and proceeded to do climbs, turns and altitude holding. During prolonged steeper turns >30 degree, I really started to feel a bit of vertigo, which I am told is quite normal for a first flight – hope that gets better soon!

Then Logan suggested some maneuvers and he demonstrated power off stalls in the clean configuration – no flaps. Pretty neat (scary) feeling having the wings lose lift and the bottom appear to fall out of the plane. Can’t lie, tummy did a bit of a loop.

We then headed back to the airport and contacted ATC to request a series of touch and go landings. Entering and flying the traffic pattern while communicating with ATC was really overwhelming with all the in-cockpit tasks, listening to the radio chatter all while still trying to fly the plane.

We started with me just doing the rollout (flare), preparing the plane for touchdown and then Logan assisted with the actual touch down and throttle up we me holding controls during liftoff. It was pretty nerve wracking! I then flew a traffic pattern and tried it all myself with Logan close by on the controls. The touchdown really takes a delicate touch but the throttle up seems not quite so tricky and was fun to feel the power.

On the last landing Logan had me try to do it and while I was finally starting to get the hang of flying the traffic pattern the approach and landing still seems a long way off.

After a quick debrief, Logan reassured me that the actually did a fair bit of training today and that I should expect to feel completely overwhelmed – which I do!

Now for a quiet study time and then a ground school session with Logan and his other student Jesse. 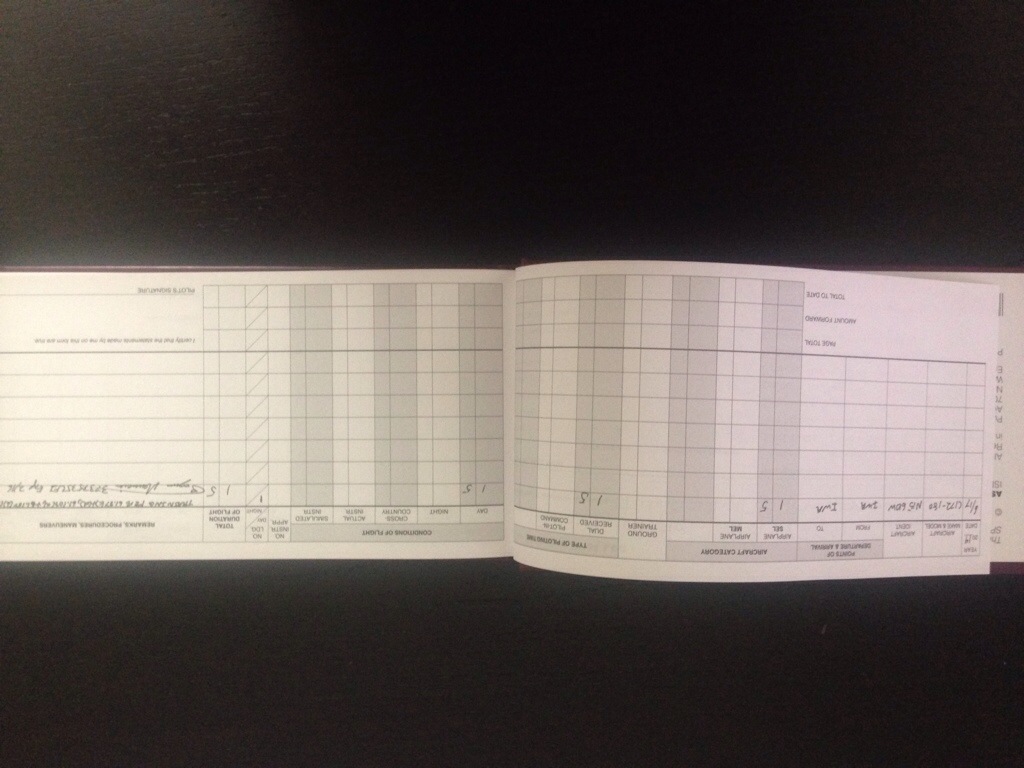