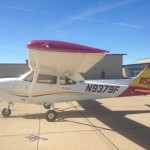 This morning I was able to complete my second intro flight with ATP Flight School again in a Cessna 172 air craft. Although the plane is branded with ASU colors, the plane belongs to ATP and ATP provides all the flight instruction for the bachelor of aviation program at Arizona State University.

Richard, my instructor for the day was the same instructor I had during my first intro flight, back in September, and as such was able to take this second flight to the next level with me. We quickly decided that it would be a fun experience to circle Sky Harbour Airport and witness from the air the steady stream of jets taking off.

To start our adventures, we located our plane and ran through a full pre-flight inspection and I got a quick orientation to our flight deck, a traditional six-pack of instruments, quite different from the Garmen 1000 glass flight deck from my first flight.

As we were taxing out to the end of the runway, Richard asked if I wanted to take the controls during take off – heck ya! So while Richard held the rudder controls and throttle, I was able to steer the plane and pulled back the yoke as the plane approached 55 knots and I guided us ever so gently into the sky. 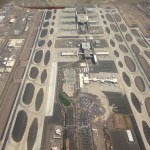 We then proceeded to transfer into the Chandler airspace and subsequently into Bravo airspace, under the control of Phoenix Approach to make our journey toward Sky Harbour. We were given clear instructions to maintain a direct heading along the west-end of the runways at an altitude (4700 ft). Hearing the radio chatter was intense and almost dizzying. After flying over heading north, we were then given instructions to make a 180 turn over squaw peak and to return along our same heading back over the airport and out of Bravo airspace. 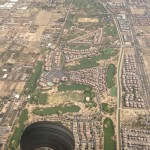 On the journey back, we flew over the Legacy Golf Course and snapped a few pictures of Uncle Ted’s house along the 12th fairway. That hole sure don’t look as scary from 4500 ft as it does off the tee-box. As we neared our home airport, Richard asked ATC (Air Traffic Control) if we could do a touch-and-go landing, which we were granted and my heart jumped! Feeling the transition from smooth landing to the power of take-off was amazing, even though Richard had the controls.

As we were doing post-flight debrief, we were treated to the take-off of an Apache helicopter and I was in awe of the high maneuverability of the craft – maybe a future rating for heli is in order 😉 After a good long chat with Richard about our flight and the training schedule, I was able to continue my questioning with another instructor Clay who was able to give me another tour around the training facility and provided some helpful insight into how best to plan for my training start date.

Next up, start date selection! 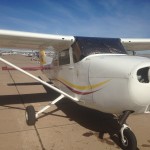 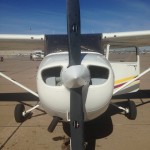 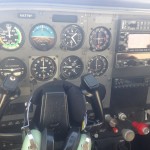 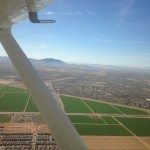 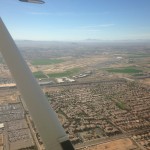 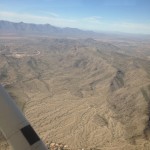 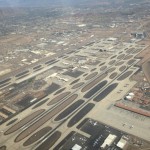 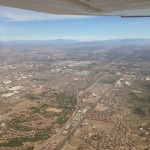 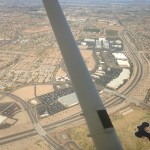 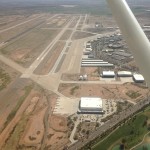 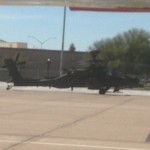 Apache Helicopter on the Ramp 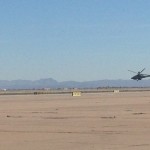 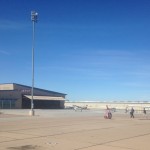